The TUBE-TECH SSA 2B Stereo Summing Amplifier features two very low noise/low distortion summing amplifiers with a very wide frequency response. It provides a high end, yet cost effective solution for analog summing, and the simple layout of the SSA 2B makes recall just as easy as when you work ITB.

The SSA 2B sums your mix cleaner, wider and punchier than anything, you’ve heard before. It makes it possible to perform your mixing at a level previously only achievable from summing with the best and most expensive consoles, and the low end response just doesn’t get any better than this, SSA2B features the tightest low end on the planet. Every user, we have been in contact with tells us about real low end improvement when using the SSA2B for summing!

For those of you that haven’t yet experienced the difference between even the best ITB mix and the real thing: Do yourself a favor and listen to the SSA2B.

The SSA 2B consists of a summing amplifier at the input, a 23 stepped attenuator with a range of +/- 10 dB and an output stage. The summing amplifier is a symmetrical two-stage amplifier, designed around two dual, low impedance, and high transconductance triodes. The input transformer is part of the dual feedback configured as a so-called zero field transformer. The attenuator is a heavy gold plated 2×23 position switch.

The output stage is designed around two dual triodes in push-pull and an output transformer (with a static screen). Both the summing amplifiers and the output amplifiers are symmetrical.

Two large VU-meters show the levels on the XLR output sockets. To avoid the distortion introduced by the VU-meters when connected directly to the output XLR sockets, symmetrical configured OP- amps buffer the VU-meters.

1. The voltage across the transformer is reduced substantially whereby a much smaller transformer is needed for the same specification. The reduction is of the same magnitude as the feedback applied.

2. The distortion at low frequencies is reduced substantially.

3. Frequency response in both the low and high range is extended.

4. Phase response in both the low and high range, is also reduced

If the SSA2B mono inputs are left open, the L R channel separation is less than specified (narrow stereo image).

It is important that the mono inputs are either:

Connected to outputs (even if not used)

You can make it by using a male XLR connector and soldering a small piece of wire between pin 2 and 3 inside the plug.

There is no problem with connecting an unbalanced source.

If it is a mono jack the tip on the jack shall be on pin 2 of the XLR and the sleeve to pin 3 of the XLR.

If hum appears, connect pin 3 of the XLR to pin 1 of the XLR. 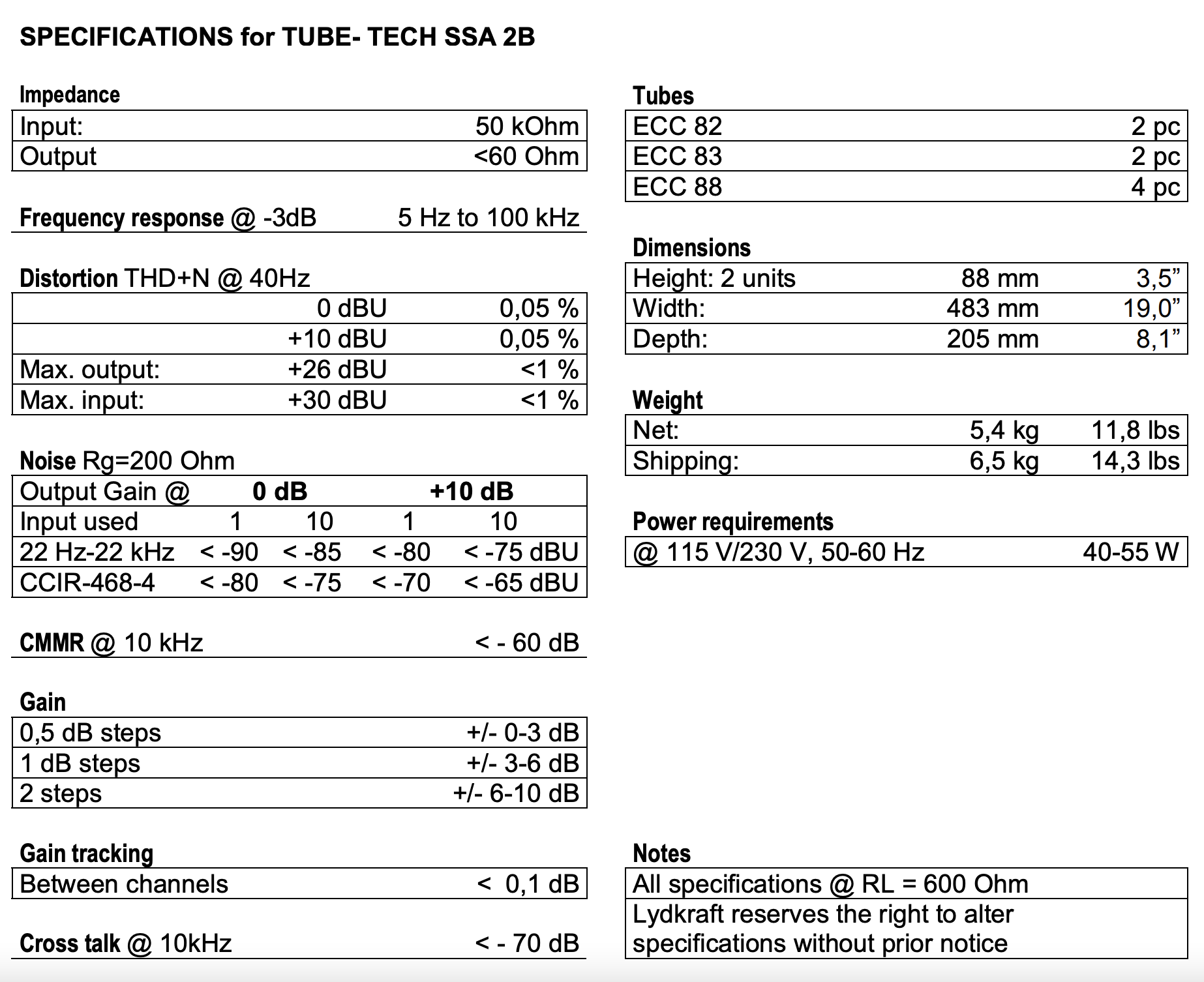