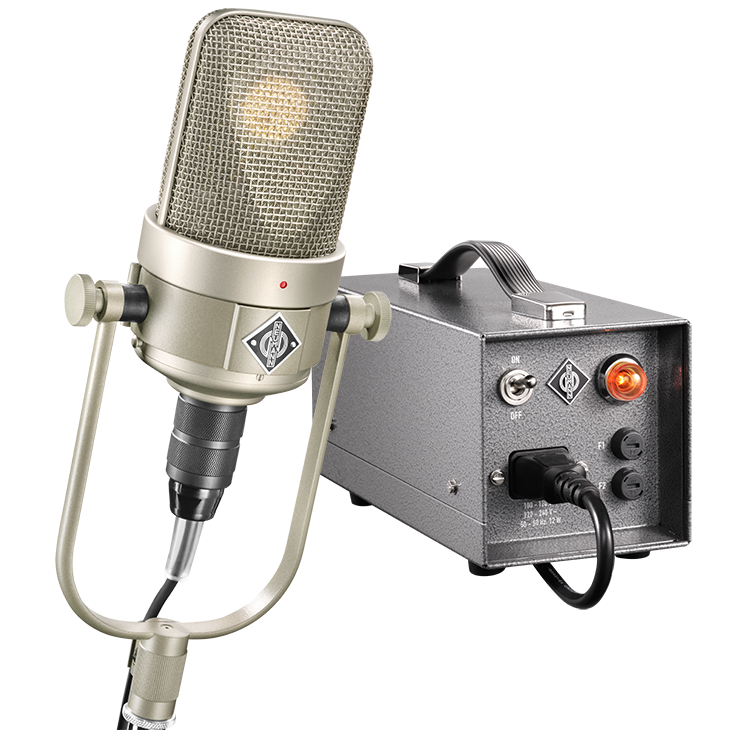 Introduced in 1951, the M 49 revolutionized studio technology with its continuously variable, remote-switchable polar pattern. And, of course, with its incomparably full, silky sound, which has made its mark on countless recordings to this day. The M 49 V is what many have been eagerly waiting for: a reissue according to original specifications!

THE BEGINNING OF SOMETHING BIG

The M 49 is a great microphone in every respect. For as impressive as its physical appearance is its incomparable sound. With its revolutionary technology, the M 49 has set new standards altogether. The M 49 is a true Neumann legend.

The objective itself was grand: in the early 1950s, a reference microphone was developed in cooperation with the Nordwestdeutscher Rundfunk (Northwest German Broadcasting) that was to replace all previous ones. Instead of having to replace the capsule in order to change the directional characteristic, the M 49 allowed remote controlling the polar pattern from the power supply – continuously. With its balanced frequency response in all directional patterns from omnidirectional to cardioid to figure-8, including intermediate settings, the M 49 is a truly universal microphone: be it orchestra, piano, trumpet, or vocals, the M 49 is suitable for recordings of all kinds to the highest standard. As a result, the M 49 was, and still is, in great demand. No other Neumann microphone of the tube age was manufactured for a longer period: from 1951 to 1971. Countless legendary recordings from cool jazz to present day pop bear its elegant sound signature. The M 49 is an inseparable part of the Neumann DNA. 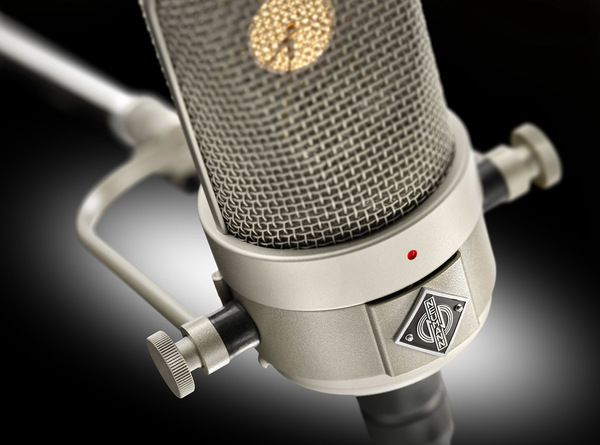 THE BEST OF THE BEST

At last, the legend is available again! The M 49 V is a reissue of the last revision c. Over the years, the M 49 was continuously improved: the originally installed Hiller tube MSC2 was replaced by the Telefunken tube AC701 and then the AC701k. This and other circuit changes improved the signal-to-noise ratio, dynamic range, and immunity to interference. In parallel, a broadcast version, the M 249, was issued with an RF-proof connector.

The M 49 V uses the same circuit as the M 49 c, but with an even lower noise subminiature tube. Since high-frequency interference has increased dramatically due to mobile phone networks and WiFi, the RF-proof connector has been adopted from the M 249. 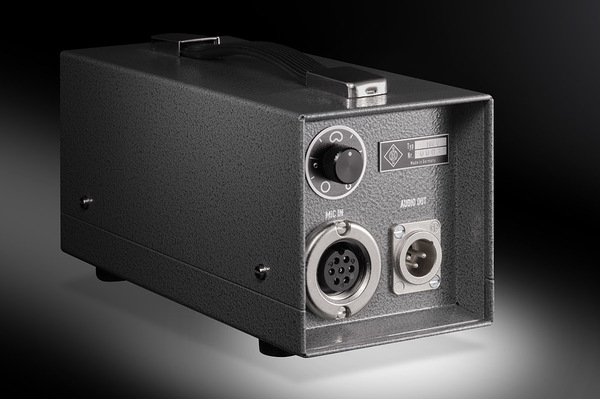 The included NM V pattern control unit is designed to automatically provide the optimal heater voltage for both the M 49 V and any historical M 49; it also automatically adapts to the local mains voltage. Additionally, the M 49 V set includes the iconic yoke mount, whose flexible positioning has contributed to the M 49’s enormous popularity. The M 49 V set is delivered in a high-quality case, which, like the entire microphone, is handmade in Germany. 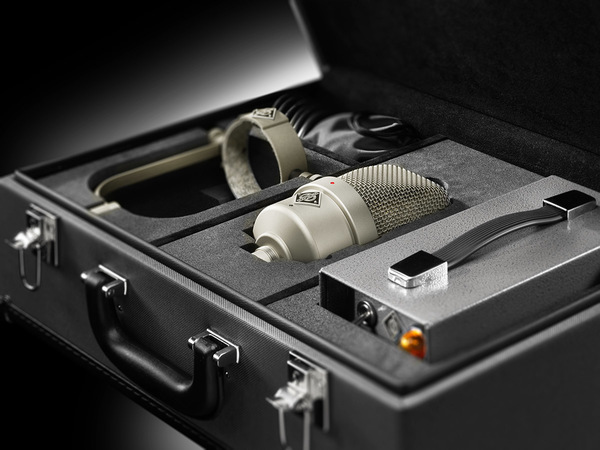 Like the M 49 c and also the M 49 b, the M 49 V has a 1st order high pass filter at 30 Hz, which suppresses low frequency interference such as impact noise. The high-pass frequency can be lowered to 12 Hz via an internal switch S4. This reproduces the low frequency response of the early M 49 (without suffix) up to 1957, which did not have this high pass yet. At the same time, a certain protection against infrasound is retained.

The M 49 b variant had an additional switch S2, which could be used to set the microphone to fixed cardioid characteristic. To ensure full compatibility with historical M 49 b microphones as well, the M 49 V also has this internal S2 switch. This deactivates the pattern switching; the sensitivity increases by about 2 dB, and the equivalent noise level decreases by about 3 dB. This setting is useful if the M 49 V is to be used exclusively in cardioid mode, e.g. for vocals or speech.

In the default delivery state, the high-pass filter is set to 30 Hz and pattern switching is activated. The internal switches should not be operated by the user, but only by Neumann Service. The M 49 V can be ordered in the desired switch configuration through Neumann sales partners and dealers (Made To Order).

A BRIEF HISTORY OF THE M 49

The Neumann M 49 is without question one of the great microphone legends. Its incomparably full and silky sound remains unmatched to this day. Stars such as Barbra Streisand, Neil Diamond, and Huey Lewis even bought their own M 49 microphones in order to bring out the best in their voices in every studio. Although, as a matter of fact, the M 49 was not developed specifically for vocal recordings, but as a universal microphone.

Its development was initiated by the broadcast sector. Until the end of the 1940s, trying a different directional pattern meant exchanging the entire microphone or at least the capsule head. This did not change until 1949 with the introduction of the Neumann U 47, the first microphone that allowed electronical switching between cardioid and omnidirectional mode. The broadcasting community wanted a microphone that went even further and could be continuously adjusted from omnidirectional to cardioid to figure-8. In addition, the directional characteristic was to be remotely switchable from the control room. Not only was this convenient, it also allowed the selection of the most suitable polar pattern under optimal listening conditions. A great advantage when, as was common at the time, even large ensembles such as orchestras and big bands had to be recorded with just a few microphones. At the same time, the broadcast industry expected a simplification of its equipment inventory, as this uncompromising universal microphone would cover almost every conceivable application.

The first prototypes were developed at Nordwestdeutscher Rundfunk (NWDR) under the direction of Dr. Herbert Großkopf. Neumann secured his patent for the continuously switchable directional characteristic and produced the M 49 starting in 1951.

Thanks to its revolutionary technology and its balanced sound in all directional patterns, the M 49 easily held its own alongside the U 47, which had been introduced only two years earlier, even though the M 49 was considerably more expensive. No other Neumann microphone of the tube era was manufactured for a longer time: a full 20 years, from 1951 to 1971; the last units were sold until the mid-1970s. To this day, the M 49 remains one of the most sought-after studio microphones, especially for vocal recordings.

The M 49 was produced in different versions.

In parallel, a special broadcast version was produced from 1961 on. The M 249 uses an RF-proof 7-pin Tuchel connector instead of the bayonet connector. Again, there are different revisions:

THE M 49 V COMPARED TO ITS PREDECESSORS 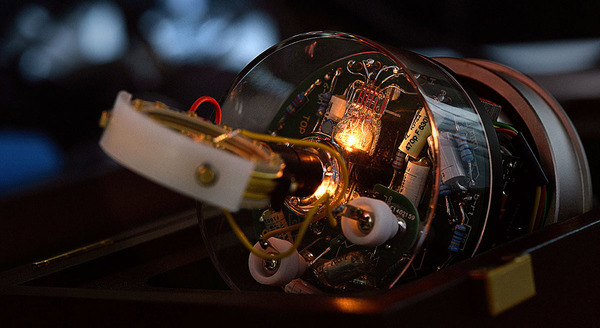 The M 49 V uses the same circuitry as the last and most popular revision, the M 49 c. Only the Telefunken AC701k tube, which is no longer available, was replaced by an even lower noise type, also in subminiature format. 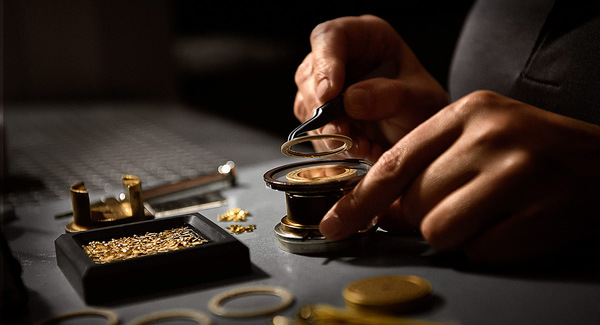 Like all M 49 microphones since the late 1950s, the M 49 V uses the K 49 capsule, which Neumann continues to manufacture unchanged. Its incomparable sound is legendary and cannot be improved upon! The large, acoustically open microphone basket, which has been retained in the M 49 V, also contributes to the unique sound characteristics of the M 49. 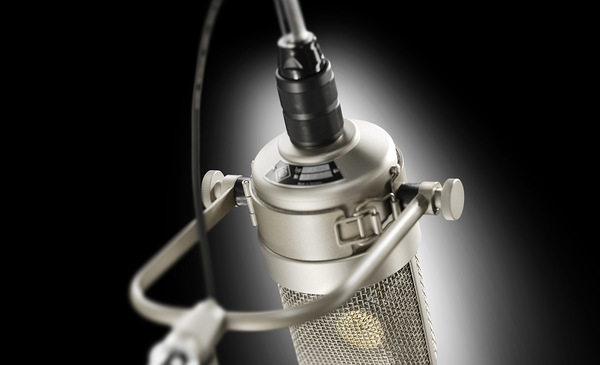 Since electromagnetic emissions have increased dramatically in recent decades, due to mobile phone networks and WiFi, among other things, the RF-proof connector of the broadcast version M 249 was adopted. The ancient bayonet connector of the M 49, which has not been available for decades anyway, would not have provided sufficient immunity against interference in modern studio environments. 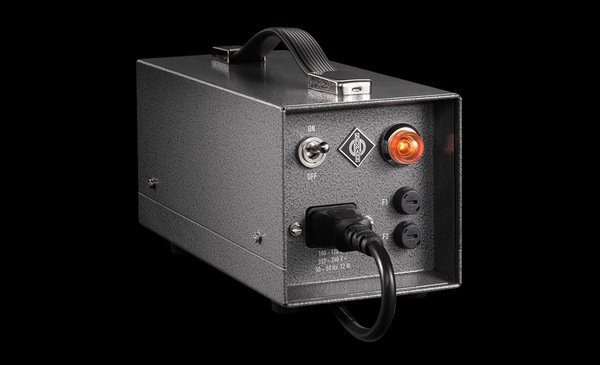 The M 49 V set includes the newly designed power supply NM V. Since the new, very low-noise subminiature tube requires a somewhat higher heater voltage, the M 49 V should not be operated using historical power supplies. Conversely, however, the NM V can also be used for old M 49 microphones. An automatic function ensures that the optimum heating voltage is always provided for the tube used. In addition, the NM V automatically adapts to the local mains voltage. Nevertheless, it is not a modern switch mode power supply but a conventional linear power supply – for sound reasons! 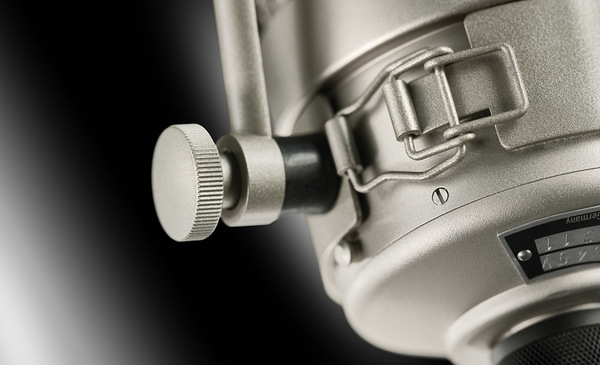 The M 49 V set is completed by the popular yoke mount. It has always made the M 49 particularly flexible in terms of positioning and, together with the microphone, forms an iconic unit. In this mount, the M 49 can be seen in countless session photos, including such seminal albums as Miles Davis' Kind of Blue and many other recordings from the legendary Columbia Studios in New York City. Compared to the historic yoke mount, the new version has been supplemented with elements for mechanical decoupling of the microphone as well as a cable holder to suppress cable-related structure-borne noise.